This project went through multiple phases. It began with a garage that included an apartment. The owners lived in the apartment as we began construction on a new house, with a plan to attach the two buildings. In the middle of the house construction, an accident caused a fire that destroyed the apartment over the garage, so we paused construction on the house to rebuild the apartment as an insurance job. The accident was a tragedy, but it gave us a unique opportunity to make a few adjustments that the owners wanted with the hindsight of having lived in the space for a little while.

During phase one, we built a garage with a saltbox roof and a full apartment over the garage. The owners moved into this apartment as we moved onto building the house.

During phase 2, we build a new house from the ground up and connected it to the garage.

As we were finishing the exterior of the new house, there was an accident with the gasline in the apartment over the garage. (The incident was not the result of our work.) We ended up doing an insurance restoration of the space.

After the fire in the garage apartment, we had to strip the garage back down. We were able to save the lower walls, but had to replace everything from the floor joists up. The clients had us modify the roofline and raise the kneewall to create more space inside and allow for a second full window. In the finished photos, you can see the “princess deck” that was added on for the clients’ granddaughters to connect the windows.

The photos of the finished product show the refinished garage apartment, the space connecting the garage and the house, and the exterior. The final photo shows the “princess deck” that was added during the post-fire renovation. 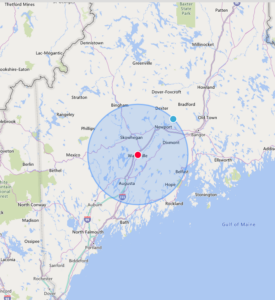